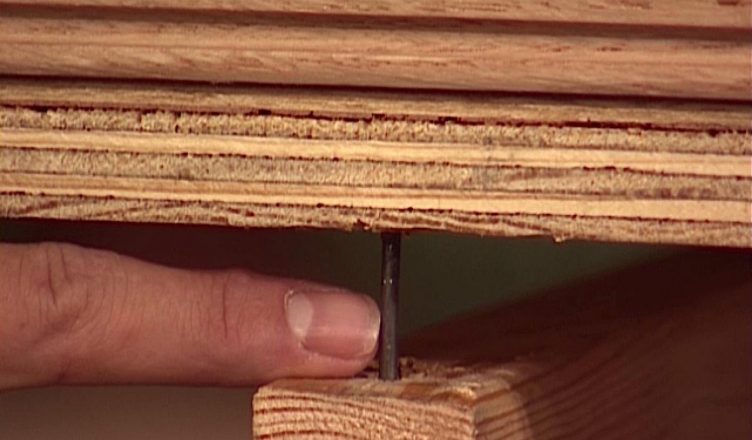 It’s a known fact that older home often have squeaky floors. Why wooden floors squeak is for two reasons: a board works loose or because it rubs against another board or subfloor.

In order to stop a squeaky floor, one can lubricate the boards or better still, stop the movement of the boards of which the latter is considered to be a permanent solution. When it comes to lubricating the wooden boards, add a little powdered or liquid graphite or talcum powder between the boards and clean up the floor.

Stopping the movement of the boards however is a little more complicated than that, and for this one must locate the squeak first.

After this, look for nails that might have missed the floor joists or the subfloor which might have not been nailed properly with an adequate number of nails. Another reason why squeaks might occur between joists is because of inadequate bridging.

If there is a gap between the joists and the subflooring, drive a shingle or shim between the two in order to stop the squeak. If this doesn’t work, then drive a screw through the subfloor into the surface flooring making sure that the screw is short enough to stay below the surface.

If the squeaks are coming from between the joints, then re-nail the loose wooden planks. Also, if it is necessary, use a reinforcing piece of bridging against the subfloor.